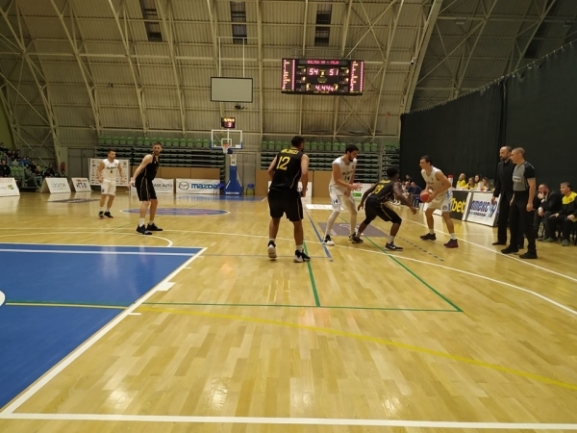 BC Academic Bultex 99 recorded its fifth win in a row in the Balkan League. The Plovdiv team finished 2019 in style after downing KB Peja 85-74 at home. After a close start the hosts did the damage in the second quarter when they moved up by double-digits and controlled the game after. After this result Academic is the only unbeaten team in BIBL with 5-0 record while Peja is with 2-3 so far. The Kosovo side will start 2020 with a game against Ibar at home on January 8th while a day later Academic will visit KB Rahoveci.

Peja not only stayed close to the hosts in the first quarter but led for the most part of it. Academic tied the score with a triple by Perry at the buzzer and thanks to a 10-1 start to the second quarter they pulled away. The visitors managed t close the gap but 8 quick points by Academic made it 13 and it reached 14 at the break. In that first half the hosts had 8 three-pointers compared to just 2 for Peja which contributed a lot for the difference.

10 straight points near the middle of the third quarter brought Peja back to the game as it cut Academic′s lead to 3. The hosts though managed to respond to the challenge and finished the period on a 10-3 run to increas the advantage to 11 before the final ten minutes. In them Peja closed the gap to just 6 points but the hosts responded again and thanks to another run decided the outcome.

At the end of the game it was the three-point and free throw shooting to make the difference. The hosts hit 12 triples compared to 6 for Peja while the visitors missed 9 free throws from 17 attempts which also prevented them from being closer.

Shakr Smith was the top performer for the winners with 18 points and 7 assists as Vasil Bachev had 14 points. Obrad Tomic had a double-double with 10 points and 15 rebounds.

Nigel Johnson had a great debut for the visitors finishing with 26 points. Henrik Sirko came just short of a double-double with 19 and 9 rebounds as Drilon Hajrizi had 13 and 8.