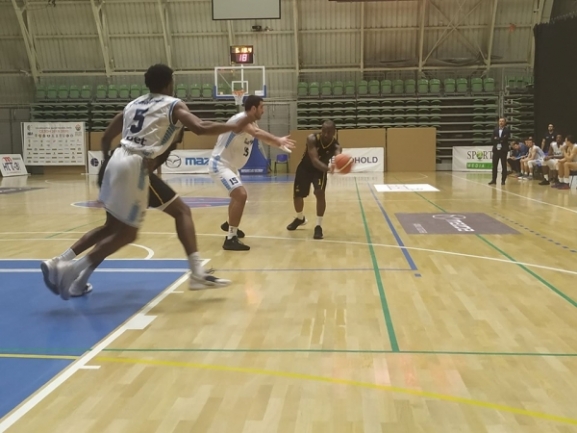 BC Academic Bultex 99 recorded its fifth win in a row in the Balkan League after beating KB Peja at home. Here are some quotes once the game was over:

Asen Nikolov, head coach of BC Academic Bultex 99: "Peja is a good team which didn′t show its full potential when we first played them. I had some worries before the game because they have good players and that′s why I′m very happy with the win. Peja is a favourite to reach the final. We made a lot of mistakes but our opponent played good defense and it′s an excuse for us."

Adriyan Sekulov, player of BC Academic Bultex 99: "We prepared for this game in a serious way because we knew that Peja is a good team. There was a moment when we were in trouble  but I think we did well and controlled the game in the last minutes."

Jeronimo Sarin, head coach of KB Peja: "We came here to play a good game but we missed two really important players. We missed some open shots and this is how we gave them chances. I congratulate Academic for the win and I wish them good luck. We made a lot of mistakes but I′m generally happy with how we played for most of the game."

Nigel Johnson, player of KB Peja: "We missed some really good opportunities - open shots, situations under the basket, free throws. Those are mistakes we need to learn from and try not to make them again in our next games. Generally we played well, we fought from start to finish and we were just worse in some details."