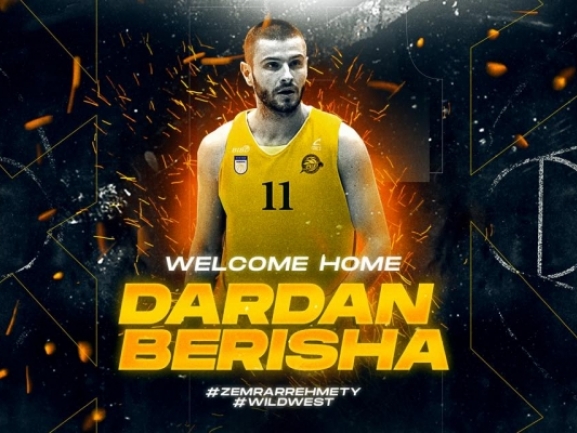 KB Peja made some big moves before the second part of the season. The team signed the best Kosovo player in recent years - Dardan Berisha, while also deepening the rotation with Arti Hajdari.

Without doubt the return of Berisha is a big news for Peja as the team′s ambitions will become even higher. Berisha is a local as he was born in Peja and started his career with the team. The last time he played there was in season 2012/2013 after which he joined arch rivals KB Prishtina. He started the season there as well but left after playing 5 games in Kosovo league and 3 in FIBA Europe Cup.

It′s a return for Hajdari as well as he also came from Peja′s junior teams. As a senior he had four seasons there before moving to Rahoveci and later to Feronikeli. Last campaign he helped to team to qualify for the Superleague and this season averaged 20.7 points, 4.5 rebounds and 3.3 assists in 14 games.