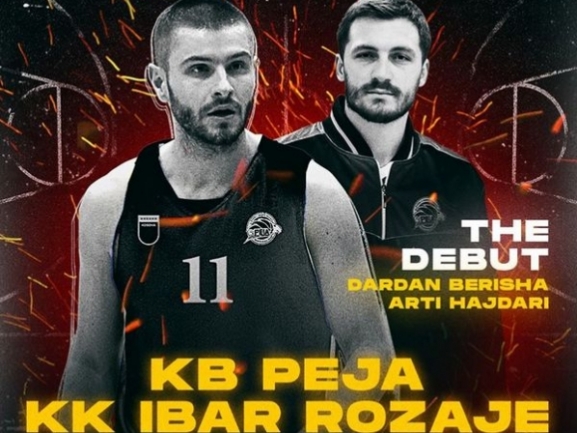 It′s time for the first game of 2020 in the Balkan League. At 19:00 hrs in Peja the local team will host KK Ibar. The match will be broadcast LIVE on YouTube and SportMedia.tv as it will mark the start of the new year in the competition.

It′s a big night for Peja as the fans are set to welcome the local star Dardan Berisha. He returns to the team after more than six years and there′s a lot of excitement around that. With him Peja now becomes even better team as Hajrizi, Sirko, Martin, Armstead and Johnson already had shown that. Adding also the other new player - Arti Hajdari and also Beq Kovaqi, who is doing well so far, and we can see that now Peja will have a deep rotation which is something the team missed earlier.

On the other side we have Ibar which started the season well and is second in the standings with 3-1 record. The Montenegrins are playing solid team basketball without reliyng on big names but are counting on the team effort. That should be the case tonight as well as Peja will for sure come out with a lot of energy and this is something Ibar will have to try and control. Ljujic, Gavranic, Simovic, Reid and Felec are the main weapons the Montenegrins are having and the hope is that they will step up in the match.