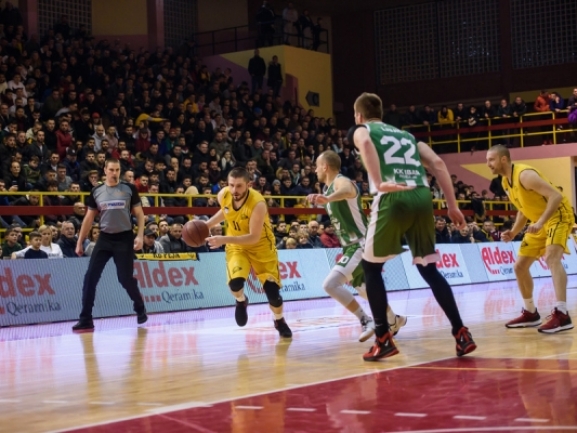 KB Peja started the new year with a home win over KK Ibar Rozaje. Here are some quotes once the game was over:

Jeronimo Sarin, head coach of KB Peja: "It was very important to win our first game of the year. We played very well in the first half but in the second we had some problems. However I′m very pleased with the engagement of everybody. With Berisha and Hajdari we are a much stronger team now and soon we′ll bring one or two new players under the basket."

Dardan Berisha, player of KB Peja: "It was really emotional to return to my hometown team and I would like to thank the fans for their warm welcome. We started the game really well and we controlled it until the end. It will take some time for us to compose but I believe we′ll be better with each game."

Demir Kalic, head coach of KK Ibar: "Congratulations to the home team for a very deserved win. We were without three key players and we entered the game poorly. We conceded too many points in the first half and from that moment on it was very difficult to make a comeback. In the next few days we are about to sign a new point guard who will help us."

Nemanja Simovic, player of KK Ibar: "The atmosphere was really phenomenal and it was a pleasure to play in front of such crowd. Peja played better and deserved to win. We′ll try to get revenge in Rozaje."