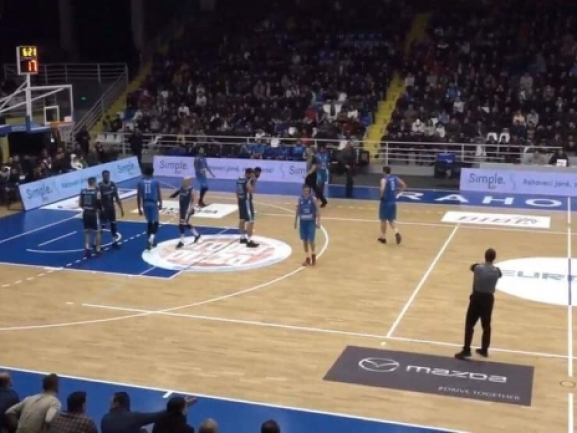 BC Academic Bultex 99 won its sixth game in a row in the Balkan League and stayed undefeated. The Plovdiv team visited KB Rahoveci and thanks to a hot shooting from downtown in the final quarter got the 86-77 win. In total Academic scored 14 three-pointers from 32 attempts while 6 of those hits came in the final ten minutes. In comparison the hosts had just 5 triples for the whole game which proved too much for them to overcome. Academic will try to stay unbeaten when the team will host Ibar next week while Rahoveci, which now stands at 1-5 record, will play against Vllaznia at home in its next game on January 22nd.

Both sides exchanged baskets and leads early and at the end of the first quarter the visitors went up by 4. Thanks to hot outside shooting and a 7-0 run in the second period then went up by 9 points and had a comfortable advantage for a while. In the second part of the quarter though Rahoveci did much better and thanks to a solid defense and very good offense the team finished on an 16-4 run and went up by 4 points at the break.

In the third quarter the teams had an even start and the result was still close. Rahoveci pulled away by scoring 8 points in a row to go up by 9. Academic though responded with 9-0 run to tie the score but the quarter finished with a basket by McFolley and a lead for the hosts. The visitors though started the final quarter hitting four triples in a row and thanks to a 12-2 run went up by 8-points. Although the hosts scored the next 4 points Academic responded with 8-1 run, went up by 11 and held on until the end.

The top scorer for the winners was Shakir Smith who finished with 20 points while also adding 8 assists. Tencho Tenchev and Vasil Bachev also did well by scoring 14 points apiece.

The hosts were led by Altin Morina who had 17 points. Joshua McFolley and Darrel Davis also did well after adding 16 points apiece.