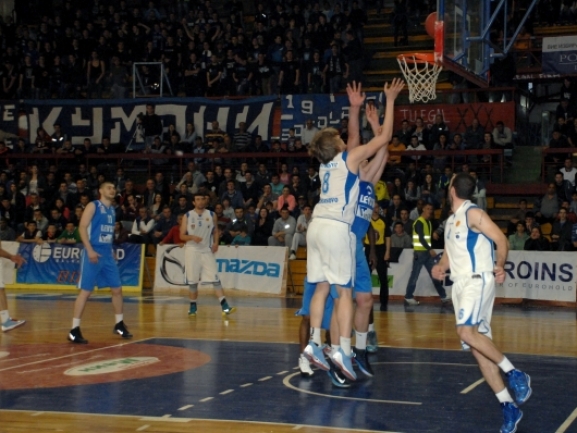 KK Kumanovo 2009 has officially applied to come back to the Balkan League from the upcoming season 2020-2021. The request supported by the North Macedonia Basketball Federation arrived yesterday and all the necessary documents in order to register have been sent back by the League.

Thus, they are the 2nd Macedoanian club to represent the country in the BIBL.

Despite this, some of the most intriguing thriller games in the history of the Balkan League have been played exactly in Kumanovo - vs. BC Rilski Sportist, BC Gilboa Galil, BC Levski Sofia, BC Kavala, etc.

At present the club has totally new management and big financial support by the municipality of the city of Kumanovo and the Mayor himself - Mr. Maksim Dimitrievski. He happens to be a huge supporter to the sports generally and he is the one staying strongly behind the decision KK Kumanovo 2009 to come back on the international stage through the BIBL.

The team has started already their roster selection and expressed ambitions to compete for the title.

As soon as the travelling situation between Bulgaria and North Macedonia improves, the Sports Director Mr. Shay Shtriks will pay a visit to Kumanovo to meet the new management and Mr. Dimitrievski himself.