Group A preview: Three teams with history to kick off in the BIBL 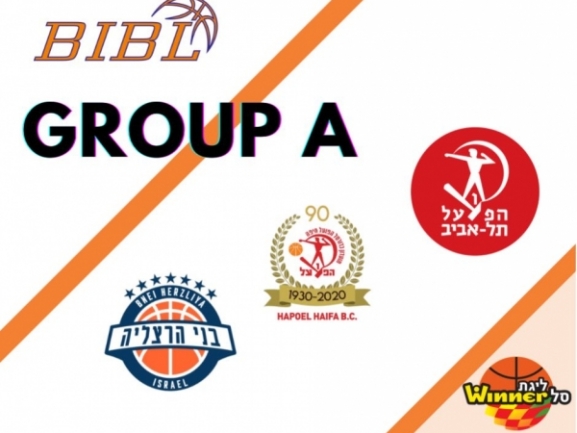 The Balkan International Basketball League starts in just a few days. In this hard period and the strong battle of the whole world against COVID-19, the Israeli groups will be set to make their BIBL debuts for Season 2020-2021 without the support of the fans in the gyms.

However, all the games will be broadcasted on Sport 5 Channels and the BIBL YouTube Channel.

Hapoel Haifa has known ups and downs throughout its years of existence. Through financial difficulties to relegations to the lower divisions, the club still managed to survive and regularly played at the top of the Super league. Hapoel Haifa even participated as Israel′s representative in the Korach Cup. Even though the club has had many battles, it still strives for success and starts its Balkan International Basketball League journey in Group A in 13.10.2020 (TUE) against Bnei Hertzliya.

The club was originally founded in 1985, under the name Hapoel Herzliya. In 2002, the club merged with Maccabi Ra’anana, and was re-named to Bnei Hasharon. After an Israeli Cup semifinal in 2003, and three finals in 2005, 2007 and 2010, the merger ended, and the team was re-named Bnei Herzliya. The club takes off in the Balkan International Basketball league as the National League champion (second division in Israel) for 2020 and is ready for the new adventure in Europe.

Historically, Hapoel Tel Aviv is the second most successful side in Israeli basketball with five national championships. The club is owned by Hapoel Tel Aviv Supporters Trust and has become the first fans sports team ever in the Israeli sports generally and basketball particularly, which plays at the Israeli Super League. Interesting fact is that NBA star Nate Robinson was part of Hapoel’s team in 2016 and registered a record - 46 points - the highest points scored in a Playoff game since 1985. In Group A of the Balkan International Basketball League Hapoel Tel Aviv will face Bnei Herzliya in the second round.