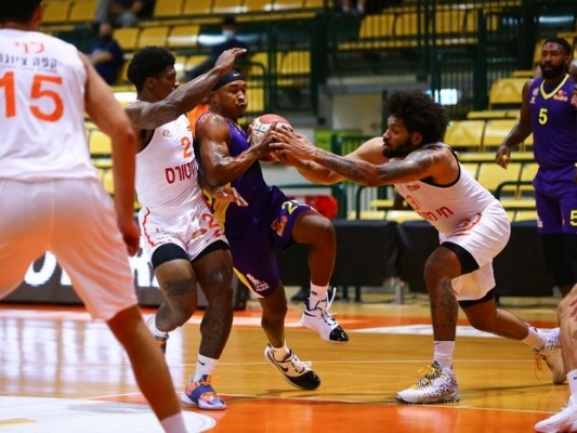 Hapoel Holon won the first game of the new season in Delasport Balkan League. The team visited Ironi Hai Motors Ness Ziona in a group C contest and thanks to a good all around performance managed to get the 94-73 win. Hapoel played a solid first half in which was able to take a good advantage and then a great start to the second made it even bigger for no problems until the end. In the next match on Saturday Ironi Ness Ziona will visit Hapoel Eilat while five days later Hapoel Holon will host the same opponent.

It was a solid start for Holon as the visitors opened up a 13-3 lead early. The hosts though managed to respond and closed the gap to just 3 points before Holon answered back with an 8-2 run to restore their advantage. The last basket of the first quarter was for the home side and then in the first part of the second the difference remained between 8 and 10 points. In those moment the visitors controlled the game and their advantage reached 14 points twice before being closed by a points to 13 at the break. The second half opened as the first one - the visitors went on a 12-2 run which brough their advantage over 20 which was more than enough to keep them safe until the end.

The big difference between the two teams was the three-points shooting. Holon made 13 triples from 30 attempts while the hosts were just 3 of 17.

The visitors were led by four played in double figures. Isaiah Miles and CJ Harris had 16 points apiece while Chris Johnson and Tyrus McGee had 15 each.

Patrick Miller and Jordan Murphy were the top scorers in the game with 17 points apiece but it was not enough for the home side.