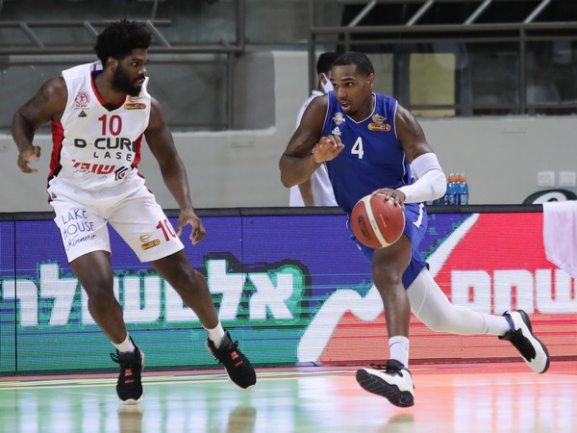 Bnei Herzliya opened up the battle in group A of Delasport Balkan League with a great away win. The team visited Hapoel B-Cure Laser Haifa and thanks to an almost perfect first quarter managed to win 90-71 at the end. It was a dominating performance for the visitors in the first ten minutes when they did the big damage to their opponent and controlled the game afterwards. On Tuesday Bnei Herzliya will host Hapoel Tel Aviv while 5 days later Hapoel Tel Aviv will welcome Hapoel Haifa.

In the game tonight the teams exchanged points early when the score was 6-6. Then the visitors scored 5 in a row before Hapoel answered but soon enough Bnei started dominating. What followed was a 10-0 run which was stopped by Lenard Freeman before 11 straight points made it a 21-2 run for the visitors and a 22-point lead after just ten minutes. In the second quarter the difference didn′t jump as a lot but still Bnei was controlling the game and had a lead of 27 after the first half. In the second all the visitors had to do was to keep their good advantage and they managed it without ever letting the hosts think about any comeback run.

Bnei Herzliya was led by Frank Gaines who was the top scorer in the game with 23 points. Coty Clarke also did very well with 21 points and 8 rebounds as Isaiah Eisendorf added 13 points.

The home side was led by Jason Siegers with 19 points as Lenard Freeman added 13.