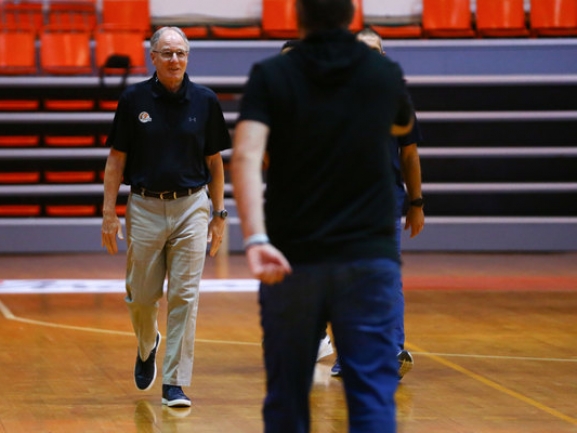 Hapoel Holon opened the new season in Delasport Balkan League by downing Ironi Hay Motors Ness Ziona away from home. Here is what some of the people involved in the clash had to say once the game was over:

Brad Greenberg, head coach of Ironi Hay Motors Ness Ziona: "Holon played well, they were aggressive. We showed good effort in the first half but missed easy shots, and we didn′t compete the way we should have in the second half. Holon scored too many easy shots and they did a very good job defending Kwan Cheatham, defending all of our shooters well. Against Eilat on Saturday we have to be louder on defense, execute our flow on offense better. We have a lot to improve on."

Nimrod Levi, player of Ironi Hay Motors Ness Ziona: "We didn′t have the right energy at the beginning of the game. Holon played well. We haven′t played in a while, so for us it′s a learning experience and we′ll use it to move forward. We have a lot to improve on and I believe in this team. Against Eilat, our biggest points of emphasis should be getting that right energy, and playing better defense."

Stefanos Dedas, head coach of Hapoel Holon: "Some way to start the season with nice win away. I′m satisfied that we controlled the game for 40 minutes. The presence of our management the day before the game was very important in order to support the team and of course the players responded very well. This win is for all Holon fans and especially the guys who came to support the team before our departure before the game. It′s a long season ahead of us. Step by step we′ll be improving the team."

Isaiah Miles, player of Hapoel Holon: "We played with an amazing tempo! And we also did a great job sharing the ball and getting everyone involved! This is a great team and even though it’s the first game, we showed that this is going to be a fun season!"