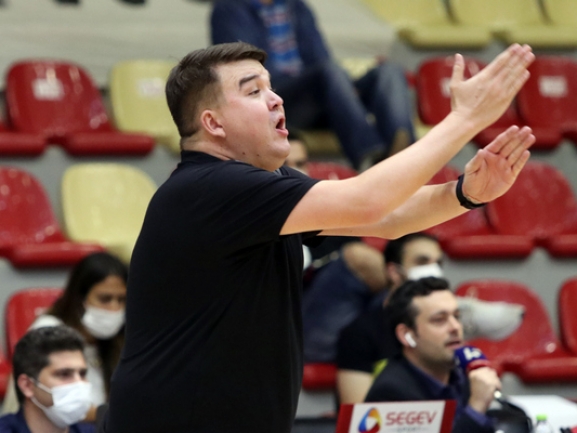 Here is what both sides had to say after the end of the match:

Head coach of Maccabi Haifa, Daniel Seoane: "We missed a lot of free throws, it happens in the game, but also 5-6 important lay-ups. Of course we are working on those situations on practices and we have to be more accurate. There is no doubt the team should improve, the players and me as a coach made some mistakes tonight."

Roman Sorkin: "We weren′t accurate enough in this game, it could be seen from the foul shots and the small actions during the game. We have to be more focused in order to win games and we will work on that very hard."

Head coach of Ironi Nahariya, Dani Franco: "We managed to produce a streak of good minutes in the fourth quarter, the youngsters came off the bench like Gal and Ofek and made some stops that gave air to the players who needed the rest to come and finish the game.

Players still need to understand each other, learn from each other. It happens in practice but things related to the game will happen in the game and we talked about it before, glad things connected."

Joe Alexsander: "We played well today, we reached the last quarter and we knew how to function well without mistakes that indicate the character of a team. Dominic is a great addition to the team, and you can see him from the first moment, he enters the locker room and gives a good atmosphere.

It′s nice to have such a size in the team , these guys are very aggressive and of course it takes the pressure off me."